Gallery of flowers found in Valley of Flowers. Please do not forget to comment.

Rosa Macrophylla, in valley of flowers

Arisaema propinquum in valley of flowers

Govindghat to Ghangaria by Pony.

Some Germans resting on the way to Ghangaria.

Iris in valley of flowers, this flower is found near the entry gate just before crossing a frozen river. Iris is found in the month of May and June.

Primula Denticulata in valley of flowers. As the name suggests this is first to bloom in season after snow melts. You can observe the plants of last year and budding Potentilla plant in the background (Middle Right side) .

Viola biflora, a beautiful but very small flower found in valley of flowers.

Bhyundar Village after the flood in June 2013, Here used to be a village called Bhyundar. Now not even existing. This is a part of river Pushpawati, coming from Valley of flowers.

Flowers in Valley of Flowers

There are around 650 different type of flowers found in Valley of Flowers. The above gallery shows some of them. According to us at least 40% of the flowers found in Valley of Flowers are of Bluish or purple blue shade. For example Aconitum Balfourii, Aconitum violaceum,Blue Poppy,Cyananthus-Microphyllus,Cyananthus Lobatus,Corydalis,Geranium Wallichianum,Cicerbita Macrorhiza,Gagealutea,Gentiana Phyllocalyx and many more. Details of all the flowers are given on separate pages you can click on the small images below to know more about a particular flower.

The maximum number of flowers is seen in last week of July. By number we mean quantity in terms quantity per type of flowers as well as number of types of flowers seen. You can see flowers in large number during this period. The best time to see flowers is mid July to mid August. Ironically this is the period when landslides occur on the way from Haridwar to Badrinath. But this is the cost to see the heaven on the earth. Last year many people cancelled their trip to Valley of Flowers due to rains and landslides. Actually landslides generally take less time to clear then traffic jams at metros. BRO (Border Road Organization) works very efficiently and generally clears it the road soon. We always provide authentic and up to date information about the road conditions on the way to Valley of Flowers.

Landscape Gallery of Valley of Flowers.You can see many glaciers in the pictures. Most of these pictures are taken in July.

Landscapes of Valley of Flowers

Valley of Flowers changes its landscape almost every day. You can see various shades in Valley of Flowers like white and dark brown in May and June, lush green in July to mid August, peach green color from mid August to mid September and brownish yellow by the end of season before snow fall starts again in October. You can see this effect in below images. All the glaciers clicked in above images are taken in the month of July. Till mid July you can easily spot many glaciers in Valley of Flowers, although some may obstruct your way till the end point of Valley of Flowers if you visit late June to July first week. As you may come across half frozen rivers a, which are difficult to cross. Temporary bridges made of wood and iron sheets can be made only once the river melts fully.

The weather in Valley of Flowers changes very rapidly. Some time even in fifteen minutes you can see full cloudy sky, no visibility and soon there can be bright sunshine.

Valley of Flowers in the month of June:

In the month of June plants in the Valley of Flowers are in growing state ( Flowers will come in July in most of them) and only a few flowers like Corydalis cashmeriana, Primula Denticulata,Iris Kemaonensis, Gagealutea, Caltha Palustris and Taraxacum Officinale along with few more are found in the valley. Plants wait for monsoon to start by end of June and the color of valley soon starts changing towards green and early flowers starts blooming by the end.

Valley of Flowers in the month of July:

Valley of Flowers in the month of August:

During the first half of the month the valley will be in full bloom as it was in July. But the bluish purple shade given by Campanula Latifolia, Geranium Wallichianum and Polemonium Caeruleum, the prominent flowers are replaced by Impatiens Sulcata and Valley of Flowers is painted with pink color. Soon during the end of the month the number of flowers will start reducing in term of quantity and type. By the end of the month you can see the yellowish green color of the valley as compared of lush green during July month.

Valley of Flowers in the month of September:

This picture was taken early in the morning on 19th Septemeber 2012 from Hotel Krishna, Ghangaria. There was no snow ont these peaks a day before. Fresh snow fall in September started on peaks in Valley of Flowers.

ON 4TH OCTOBER Valley of Flowers CLOSES OFFICIALLY AND OPENS ON JUNE 1ST . 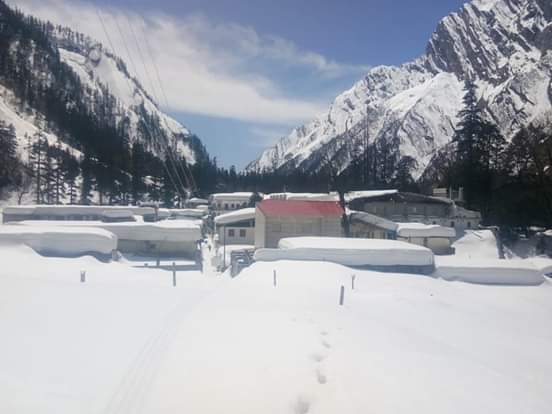 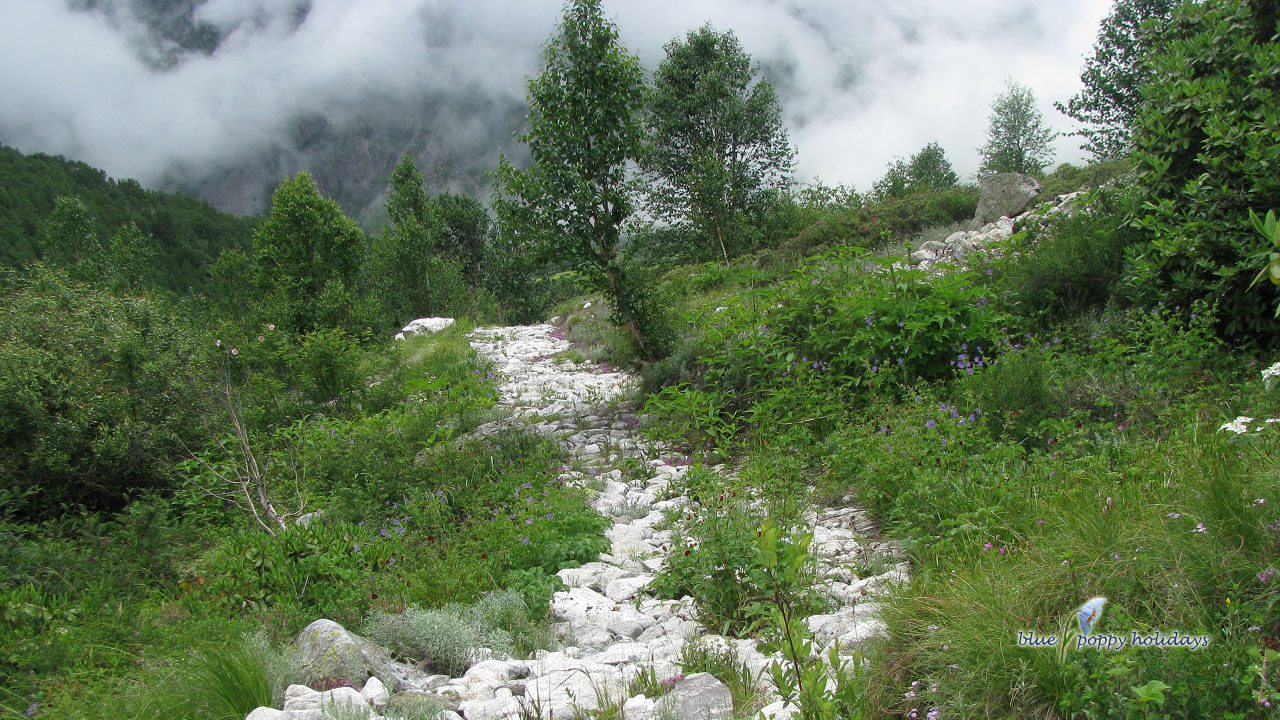 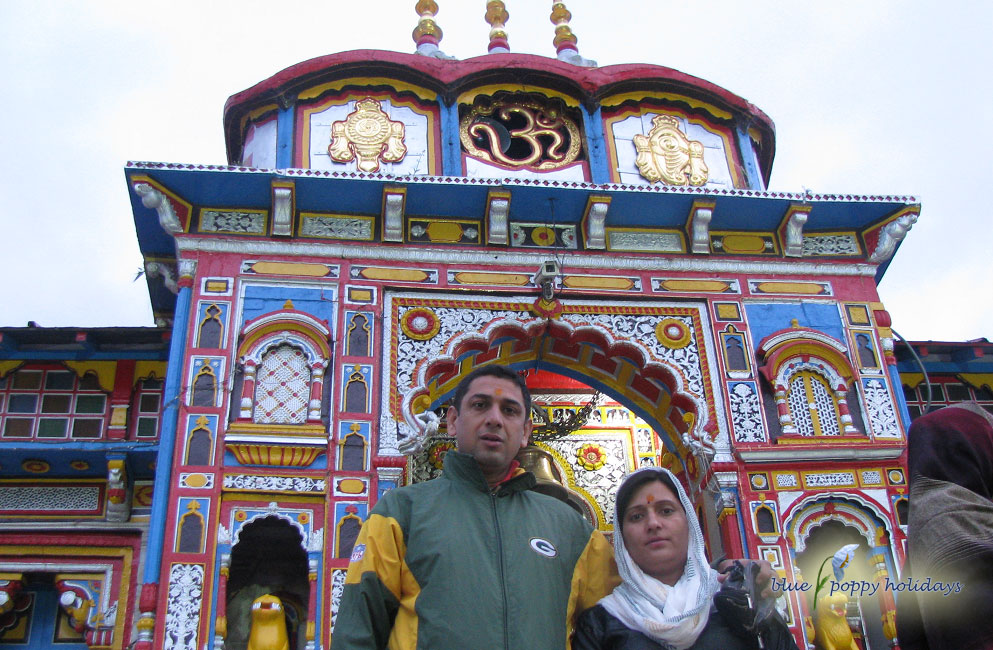 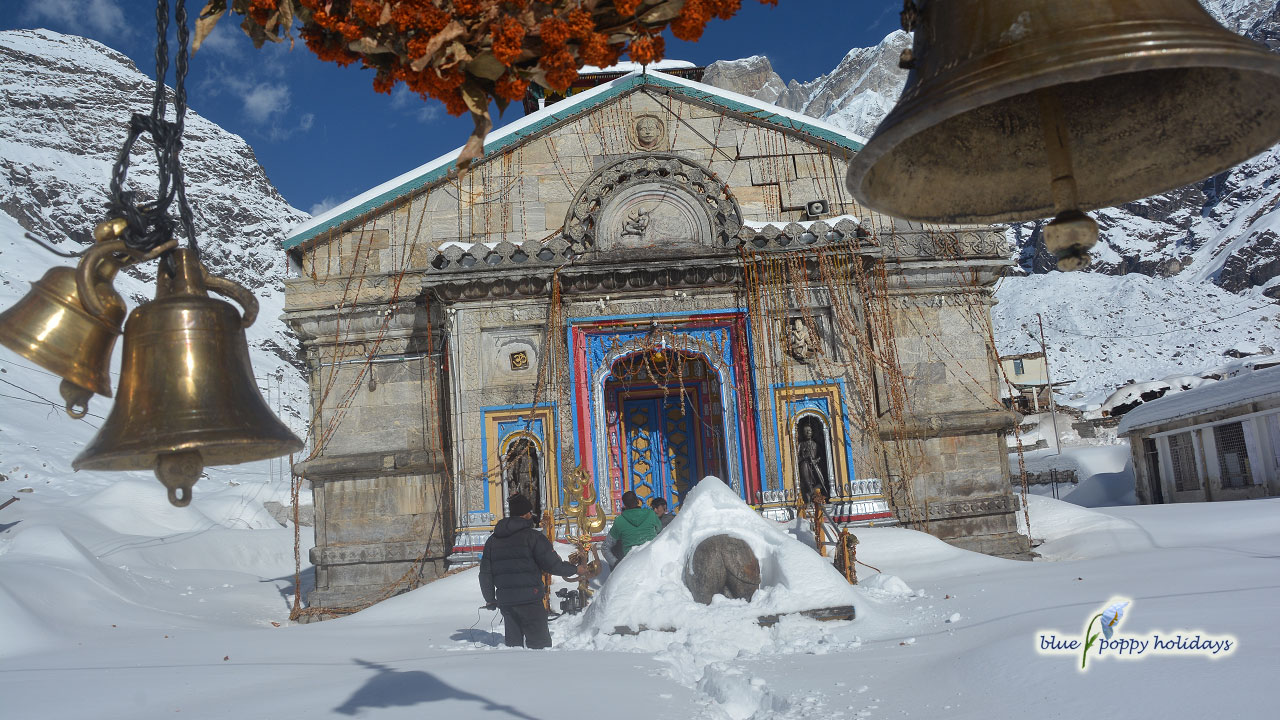 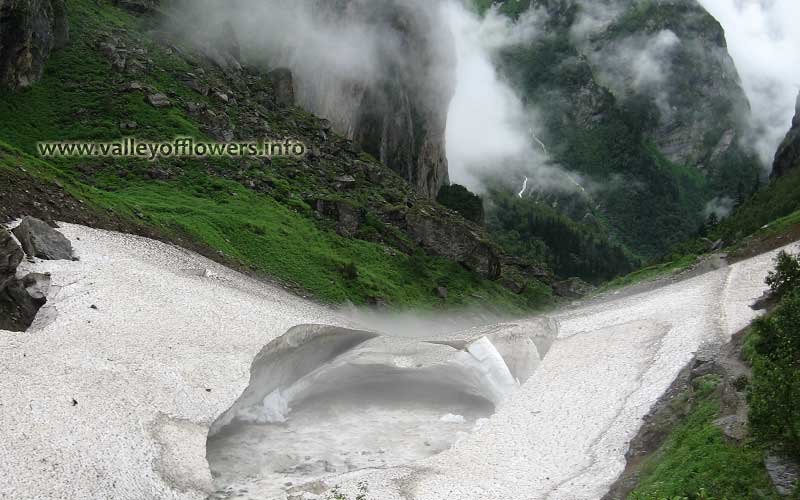 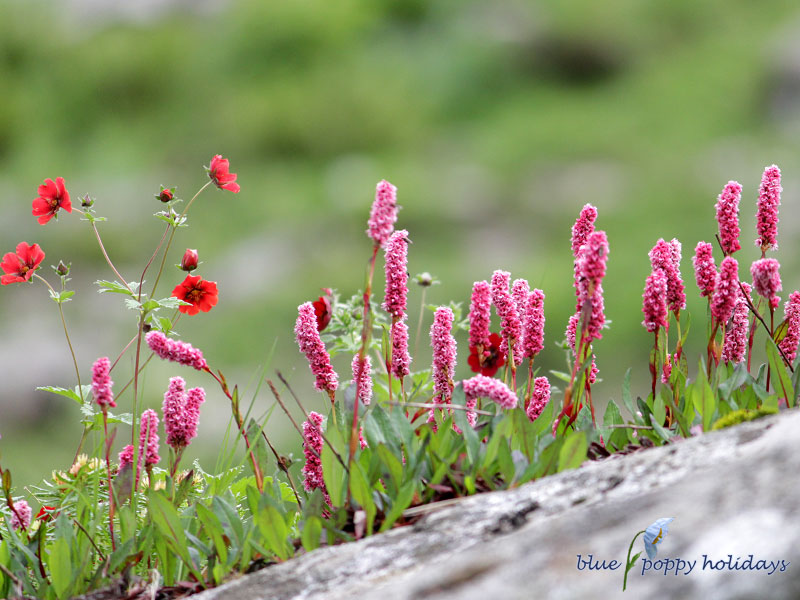 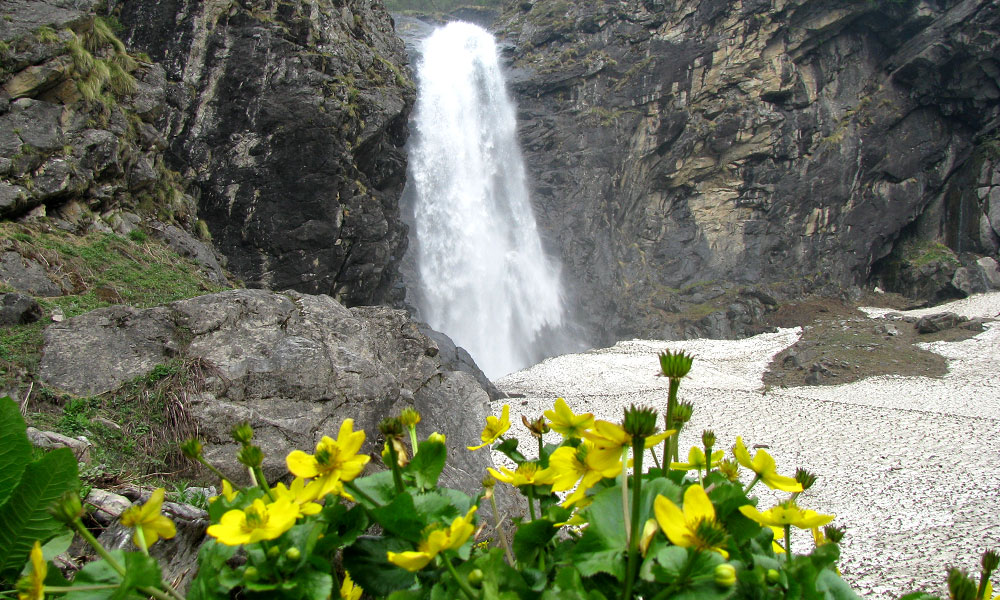 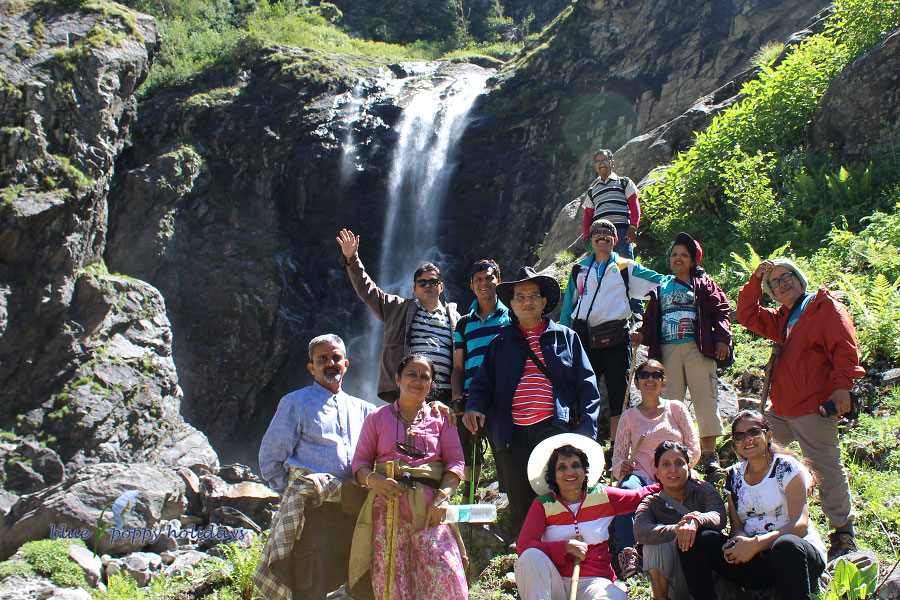